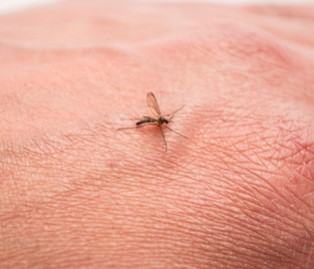 (RNN) – The mosquito-borne Keystone virus has been detected in a person for the first time, after it was confirmed a teenager in northern Florida tested positive.  The teenage boy went to an emergency care center, suffering a rash and a mild fever in August 2016, during a time of heightened awareness of the Zika virus. He didn’t test positive for Zika or related viruses.  “We screened this with all the standard approaches, and it literally took a year and a half of sort of dogged laboratory work to figure out what this virus was,” J. Glenn Morris, director of the UF Emerging Pathogens Institute and co-author of the report on teen’s infection, told WUSF.It’s the first case of a human testing positive for the virus since it was discovered in Keystone, FL, in 1964, researchers at the University of Florida said. Keystone, FL, is located in the Tampa Bay area. The Keystone virus has the potential to cause encephalitis, though the teen who was infected didn’t suffer from brain swelling, researchers said.The virus has been found in animals from Texas to Chesapeake Bay and may be fairly common in North Florida.  A 1972 report said 19 to 21 percent of people tested in the Tampa Bay area had antibodies for the Keystone virus. Antibodies are protective proteins that the body’s immune system produce in response to pathogen exposure.The findings were published in the most recent issue of Clinical Infectious Diseases.The CDC recently reported diseases from mosquitoes and ticks have tripled in the past 12 years.Copyright 2018 Raycom News Network. All rights reserved.