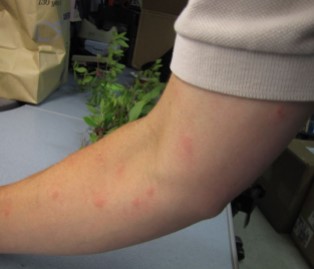 Researchers from the University of Florida have confirmed that the virus called Keystone made the jump from infecting only animals to infecting humans, Tech Times reported.In a report published in the journal Clinical Infectious Diseases on June 9, the researchers said that the first known case of the Keystone virus has been confirmed in a teenage boy after a year of tests and analyses.The 16-year-old boy contracted the virus while attending a band camp in Florida last summer. He suffered from fever and severe rash. The boy was tested for Zika and related pathogens because the period when the boy got sick coincided with the Zika virus epidemic in the Caribbean and Florida.The findings are yet another indicator of the range of diseases that can be caused by mosquito bites in Florida, in keeping with a recent study by the U.S. Centers for Disease Control and Prevention that highlighted the almost doubling of vector-borne disease cases in the United States since the early 2000s.“Although the virus has never previously been found in humans, the infection may actually be fairly common in North Florida,” said J. Glenn Morris, M.D., M.P.H., director of the UF Emerging Pathogens Institute and corresponding author of the report on the virus published June 9 in the journal Clinical Infectious Diseases.“It’s one of these instances where if you don’t know to look for something, you don’t find it,” he added.The virus, called “Keystone virus” after the location in the Tampa Bay area where it was initially identified in 1964, has been found in animal populations along coastal regions stretching from Texas to the Chesapeake Bay. Resources: UF Health and Tech Times