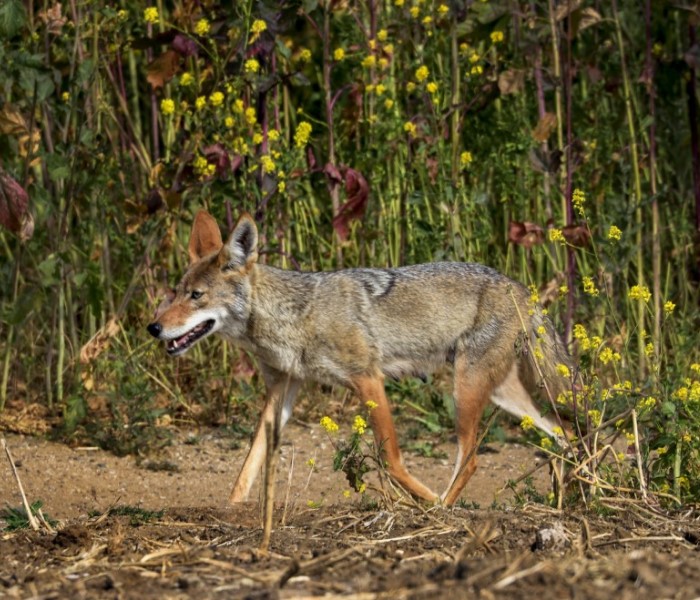 As Channel 9 first reported Monday, a coyote killed a cat in the Selwyn Farms neighborhood.

And now, the county said you shouldn’t be surprised to see a coyote in Uptown!

“We tracked coyotes and we ended up catching two in the downtown area amongst the high rise buildings,” Handy said.

Experts said you shouldn’t be surprised to find coyotes anywhere. People in the Freedom Park neighborhood are learning that.

Victor Ahdieh, president of the Freedom Park Neighborhood Association, said he met a mom who was chased onto her front porch by a coyote. She managed to escape, but her husband said he’ll be ready next time.

Ahdieh said he has heard dozens of similar stories, including a man who shot and injured a coyote out of fear.

People said they are concerned because coyotes are so comfortable, they actually come out during the day and even walk up people’s driveways.

Marion Schmidt saw one in her driveway recently.

“He was just looking at me, and I tried to scare him away. He just sauntered away,” said Schmidt.

Schmidt has a young daughter and a little dog. She said she’s worried what might happen if a coyote chooses not to leave.

Wildlife experts said coyotes are not interested in humans, whatever size.

In Mecklenburg County, there have been no reported coyote attacks. They said they are extremely rare.

Officials have had hundreds of reported coyote sightings spanning the entire county.

Handy said he has trapped coyotes even farther out.

“We’ve seen it spread to Iredell and Cabarrus counties as well,” Handy said.

Coyote pups born in the spring are old enough to venture out on their own.

Officials do not have any plans to control the coyote population. They said if they remove one, another coyote will simply take its place.

Animal Control will respond to rabid coyotes, or if a coyote has killed or injured something.

And if you’re thinking of taking matters into your own hands, Channel 9 checked and found it is illegal to shoot anything within Charlotte city limits.

Every city has its own rules, so it’s a good idea to check.

Coyote pups born in the spring are now old enough to leave their parents and find their own homes.

During the summer, there’s simply more daylight hours — meaning there are more opportunities to easily spot them.

Officials said as cities continue to grow, coyotes are becoming more comfortable around humans and tend not to hide as much.